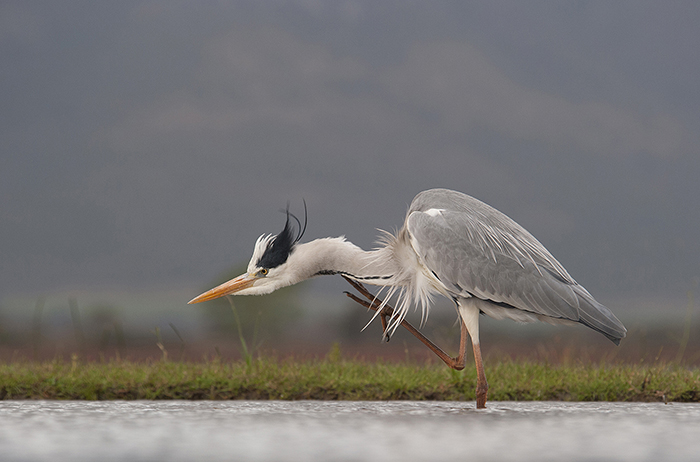 Heron With An Itch By Patricia Vice

The Seaside Invitation is an annual inter-club competition between LSAPS and Southport Photographic Society.  The competition consists of 20 Prints and 20 PDI’s, where each set must be produced by 20 different authors.  This year the competition was hosted by Southport on 10th December. and judged by Jane Lines.

After the Print competition, Southport were slightly ahead by 5 points, but pulled further ahead with a strong showing in the PDI competition.  Final scores were 695 points to Southport and 674 points to LSAPS.

Full scores and a gallery of images are on our Seaside Invitation page.

Normal Club meetings are currently suspended, however we are continuing with some on-line activities.

The next On-Line meeting will be on Thursday 28th May when there will be a talk entitled Working With Textures by Janey Lazenby.  To join the meeting, please login to the Members Only page, and the joining link is close to the top of the page.

The next competition is Photoshow, which this year will be displayed on-line on the LSAPS website.

As Photoshow involves handling a lot of images, please enter in good time – late entries will not be accepted.

The Members Guide for Photoshow 2020 has been updated in the light of Covid-19 and can be accessed under the Photoshow 2020 menu item.  The dedicated Photoshow Image Uploader is …
Read More
14th May 2020 / Watson Gordon